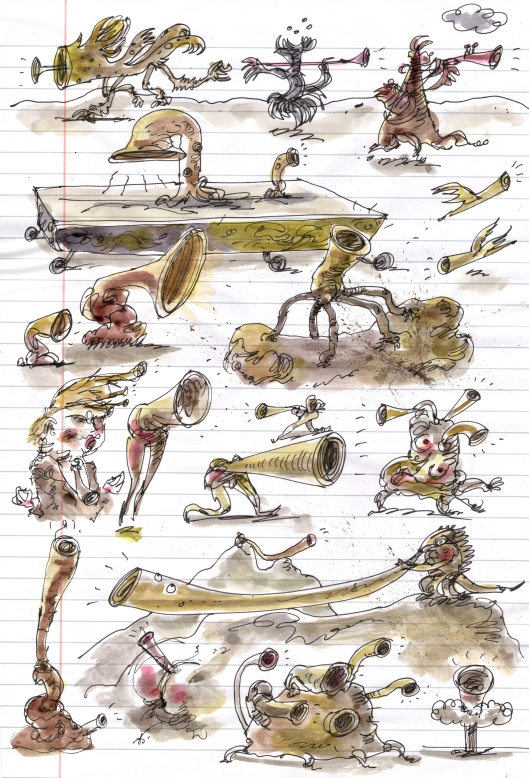 Such sweet sounds! The day after the US election in a defiant conversation about the future role of higher educators, I find myself CrowdTrumping. If you’re not keen on blowing your own trumpet, be careful who’s trumpet you pick up. Set an example, now.

The young Alexander conquered India.
Was he alone?

Caesar beat the Gauls.
Did he not even have a cook with him?

Philip of Spain wept when his armada went down.
Was he the only one to weep?

Frederick the Second won the Seven Years’ War.
Who else won it?

Every page a victory.
Who cooked the feast for the victors?

Every ten years a great man.
Who paid the bill?

So many reports.
So many questions.